Wanna have fun in one of the oldest amusement parks in the world?

Check out the Wurstelprater (Prater) in Vienna! 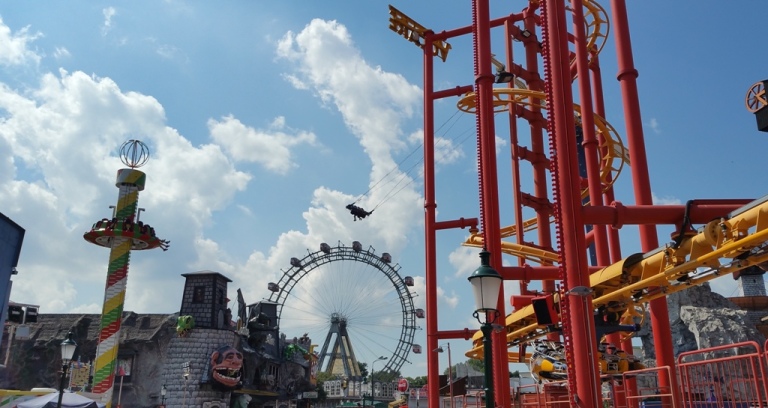 It was our last day in Vienna and already had seen all the main attractions.
You know…long walks, parks, beautiful buildings, royal atmoshpere.

Wiener Schnitzel and Apfelstrudel also checked. What else? 🙂

We gave Prater a try having no expectations, but the place is really cool!

This site evolved from a park, which the Emperor declared public in 1766 to encourage traders, coffee-houses and public enjoyment.

Oh, and the entrance is free of charge! You only pay for the attractions you want to try.

Ready for some fun? 🙂

The first thing you see is the Giant Wheel (Risenrad), one of the earliest Ferris Wheels.

Slowly going up and having that view from above, the whole park on one side,
and the city on the other, gives you child thrills.

On top of that, just imagine the Viennese people were doing the exact same thing more than 100 years ago!

From the hair-rising 70 km/h Megablitz rollercoaster to the scary Ejection Seat,
nostalgia rides including the haunted house, miniature golf, car races or carousels, to the highest flying swing in the world, there’s something for everybody in here. 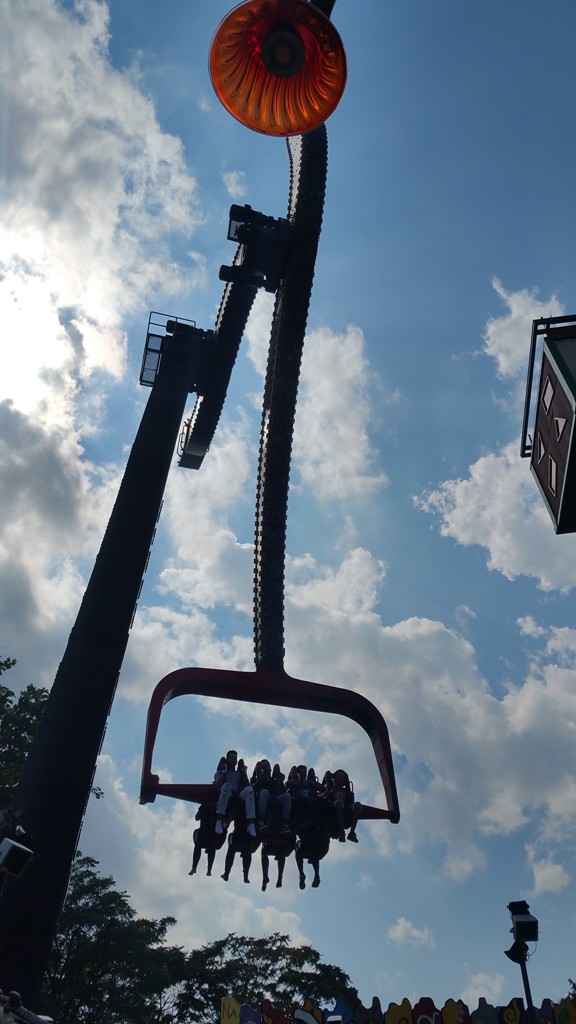 You should also try The Liliputbahn. This 75 year old landmark is probably the funniest railway in Vienna. A round trip over the 4 km long route through the Prater takes around 20 minutes.

At the end of a hot day, a water ride with Wildalpenbahn was just what we needed.

Our favourite was The Praterturm, the new landmark built in 2010, that makes you spin at 117 meters high(!!!) above the ground.

Beautiful panorama from up there, if you dare keeping your eyes open. :))

It looks that the modern and the traditional go well together.

Just as the world we live in. 🙂

2 thoughts on “Prater: having fun in Vienna”

Quiet mornings in the neighbourhood... 😍 Even though weather is not the best in the Netherlands right now, we can truly appreciate the quietness, fresh air and impeccable streets here. Or the general slow pace of life.👫 And only having these as a constant every day, makes us realise how much they contribute to a better state of mind. To be continued...😁 . . . #haihuistory #netherlands #utrecht #nighbourhood #morning #peace #happyplace #happiness #nature #travelstory #travelblog #holland #discovery #meditation #newhome
Hello people! We're back with lots of energy and new ideas for the blog. 💡But we need your input this time! For this year we are thinking to do something new, start sharing inspirational stories of other travelers. 🎉 So, if you know somebody who took a sabbatical, moved to another country, or just had the courage to travel off the beaten path, let us know! 😁 We'd love your feedback about what topics you want to read on haihuistory.com 📖 Let the travel season begin. ✈️ . . . #haihuistory #netherlands #holland #weekend #nature #park #autumncolours #utrecht #newadventure #cityscape #interview #travelstory #travelblog #travelers #newhome
Jumping into the weekend with joy! 😅 The past few days have been very chaotic and busy, so all we want to do is get cozy and relax at home. Have a happy weekeeeeend! . . . #haihuistory #netherlands #holland #weekend #escape #city #utrecht #citybynight #discover #travelcouple #traveltips #travelphotography #newhome
Happy 2020!🎉New article on the blog! We gathered all the useful information for a smooth move to the Netherlands 😁 (link in bio). Enjoy and thank us later. 😅😅😅 https://haihuistory.com/2020/01/01/moving-to-the-netherlands-in-10-easy-steps/ . . . #haihuistory #holland #netherlands #utrecht #newadventure #city #weekend #newyearplanning #tips #guide #discover #architecture #newhome