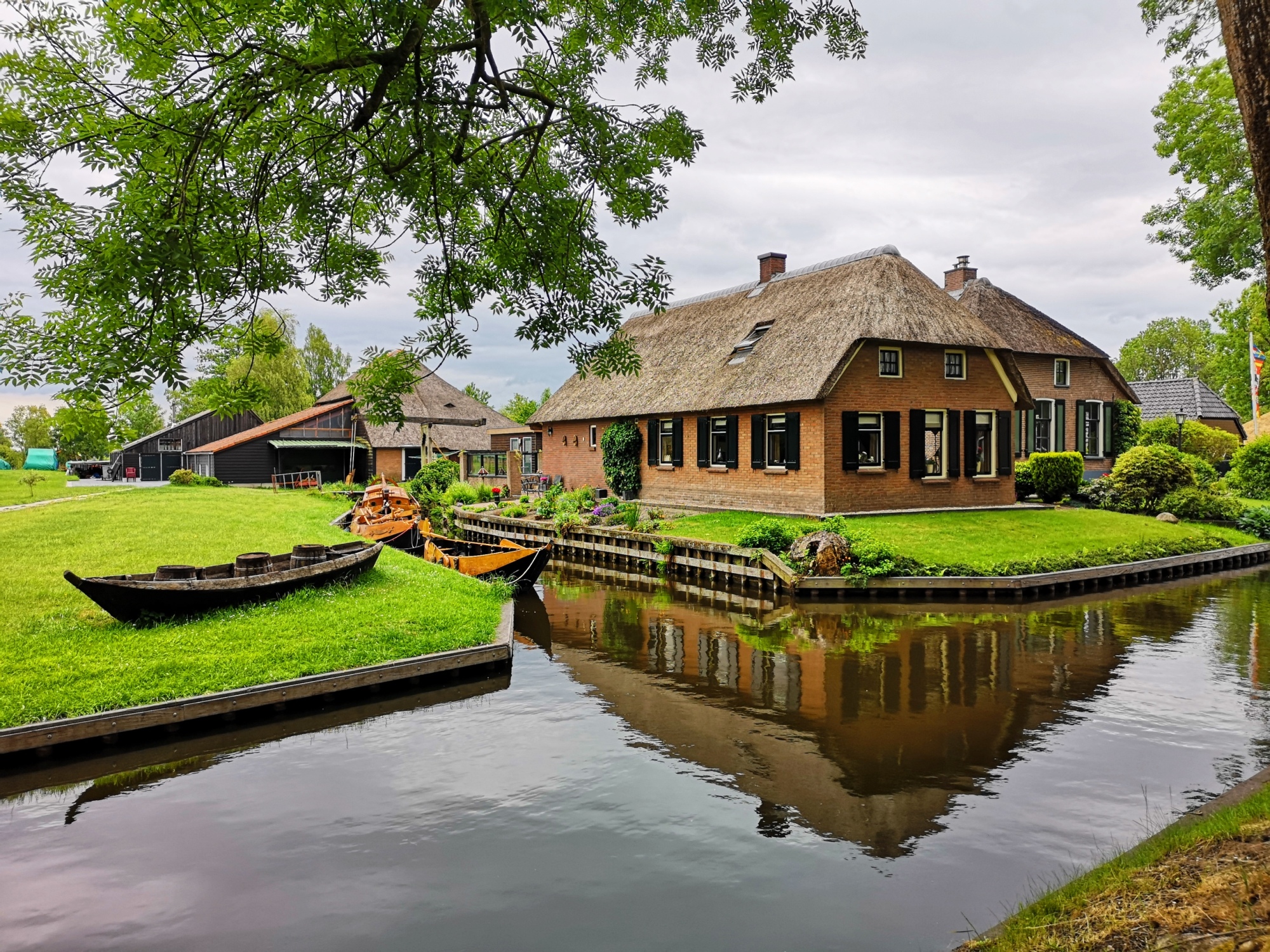 The roadtrip might be over, but the search for hidden gems has just begun! 😀
Giethoorn, the so-called “Venice of the Netherlands”, was the highlight of our summer roadtrip in the Netherlands. This village is so quiet, serene and remote, that we had the feeling it’s unreal.

You might ask what is so unusual about Giethoorn. Well, here are a few reasons why Giethoorn village is so special! 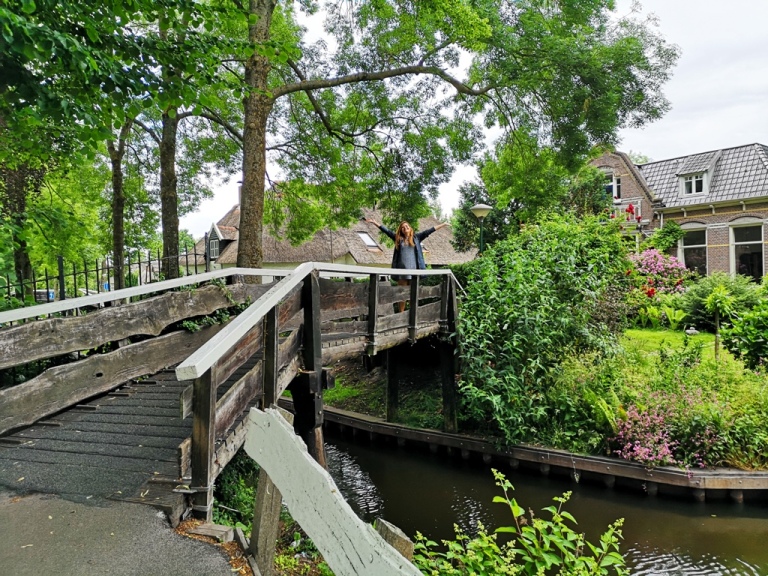 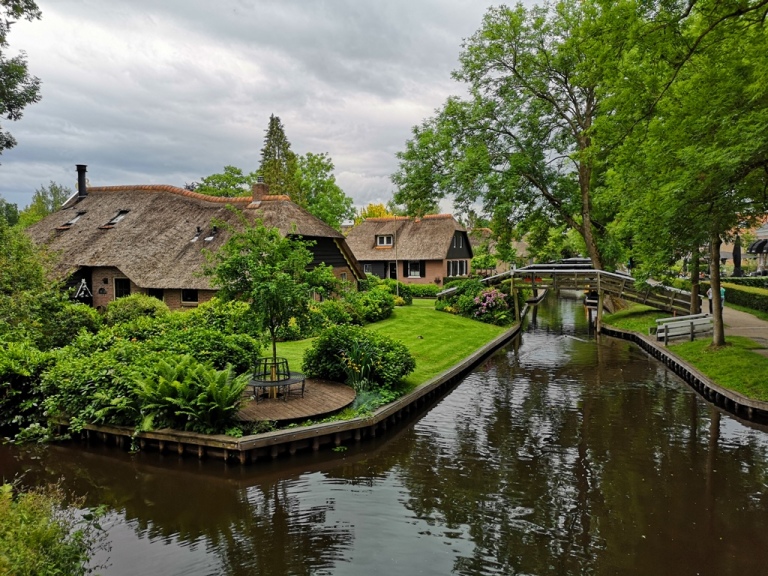 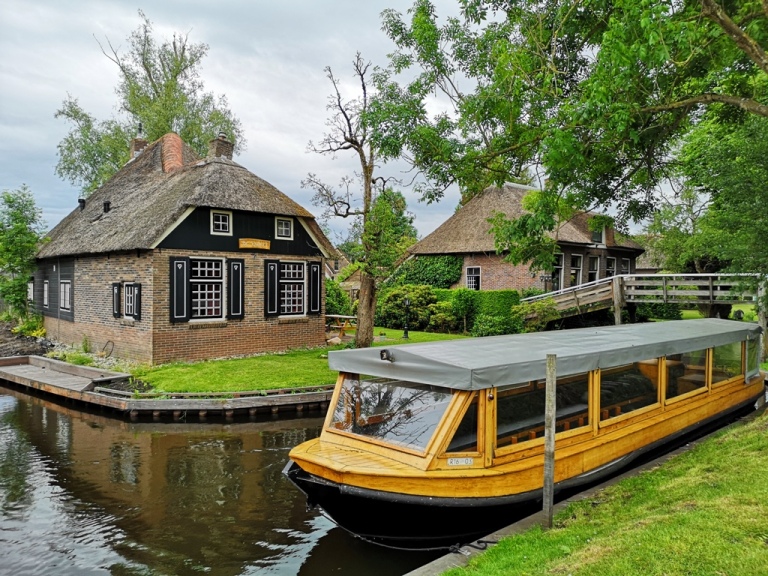 The story goes that its original settlers discovered a collection of horns belonging to wild goats thought to have died in the All Saints’ Flood of 1170. “Goat horn,” or “Geytenhoren,” was shortened to Giethoorn. For hundreds of years after the catastrophic flood, water continually defined the village’s history and landscape. 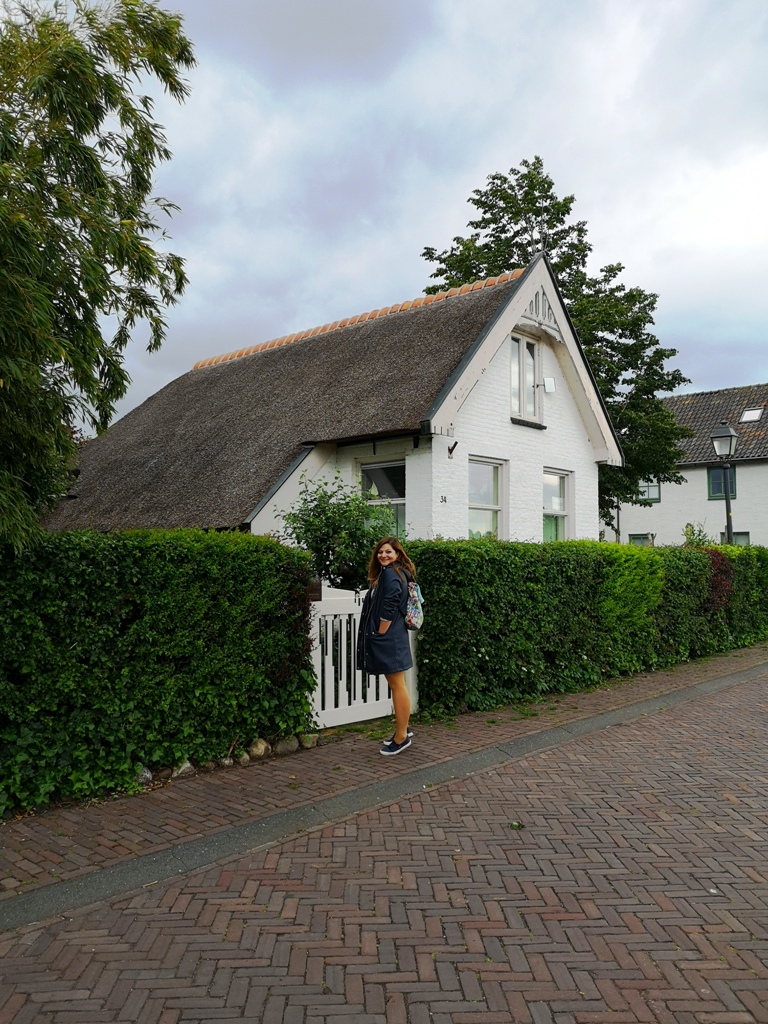 After water, a second factor comes into the picture: peat. The peat developed after the last Ice age. When the temperature rose on Earth and the ice melted, large wetlands arose and shore plants grew. In the acid and oxygen-depleted water, dead plants transformed into peat. 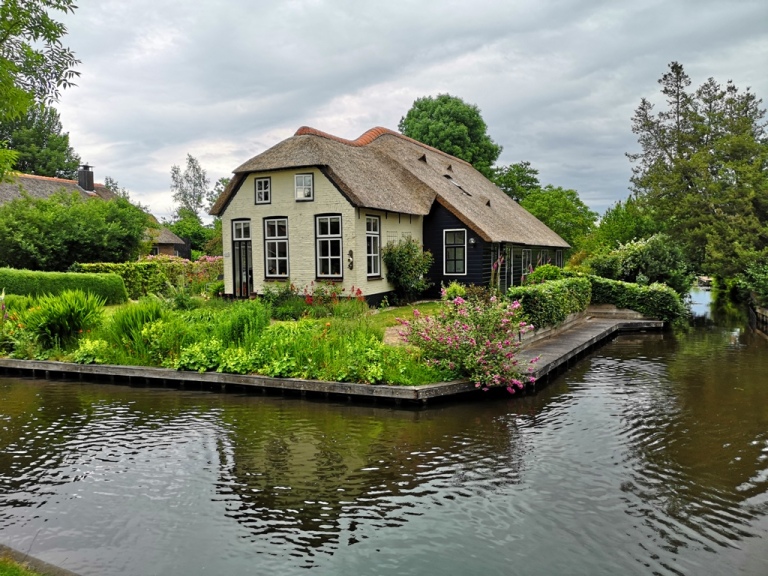 Back in time, peat diggers took peat from the soil, left it to dry and later used it for heating and electrical energy. To transport the peat they dug ditches and canals that resulted in the typical village structure of Giethoorn. The traditional transportation for Giethoorn was the handmade wooden ”Gieterse Punter”. 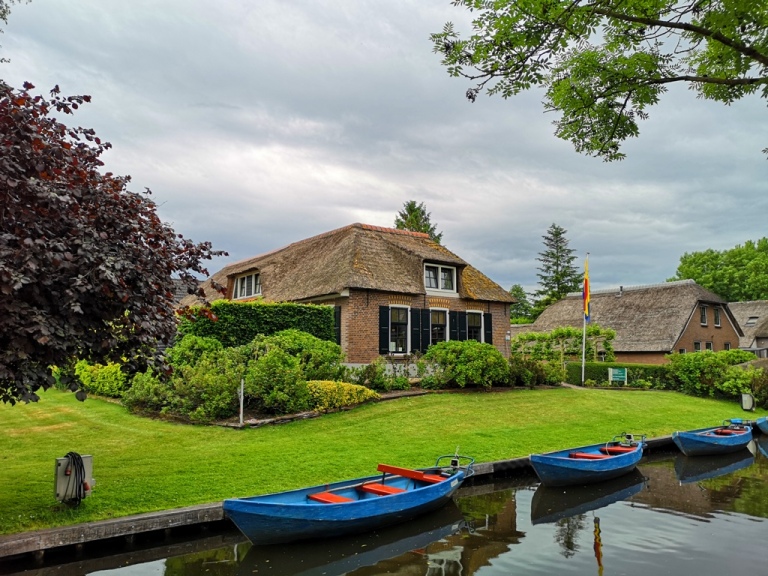 Over several large floods, this vulnerable drying peat banks were washed away and lakes arose around Giethoorn. 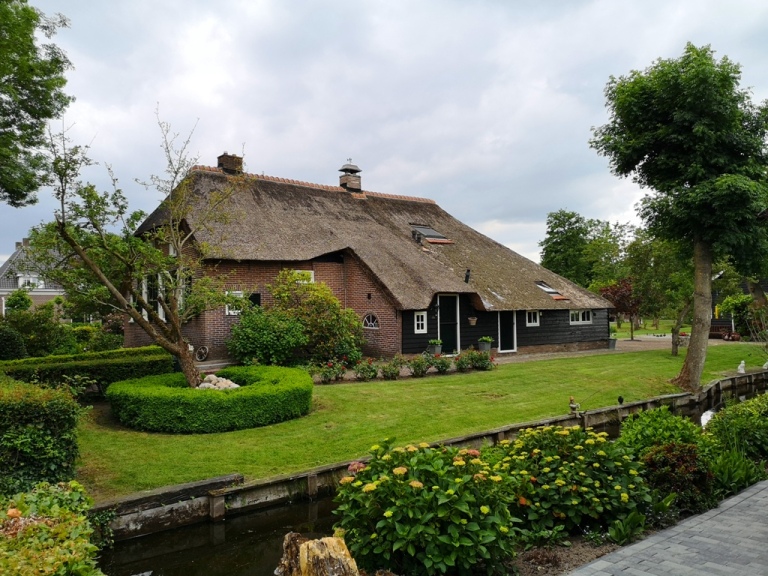 Peat was gradually superseded by coal, and in the end an important chapter in the history of the Netherlands closed. But beautiful settlements were left behind, like Giethoorn.

So what you see now is far from a natural wonder, but fully man made. 🙂 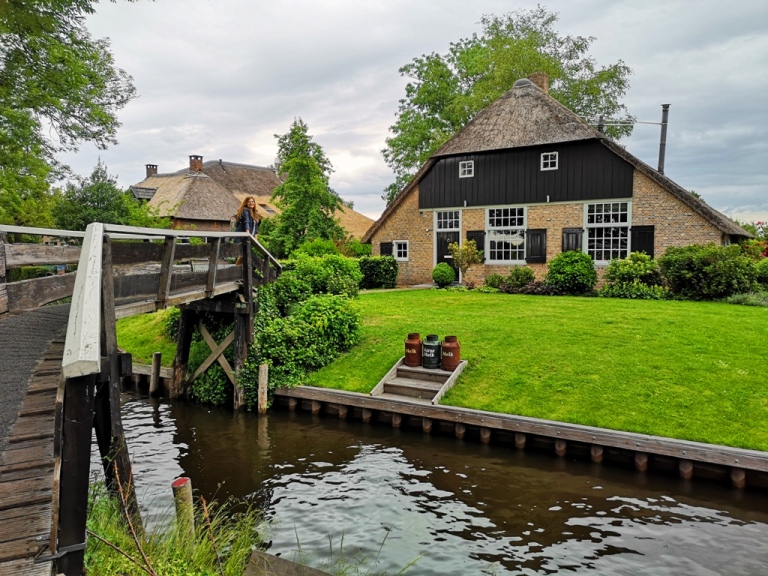 The town of Giethoorn has roughly 180 bridges that criss-cross over the canals and connect different pieces of land. 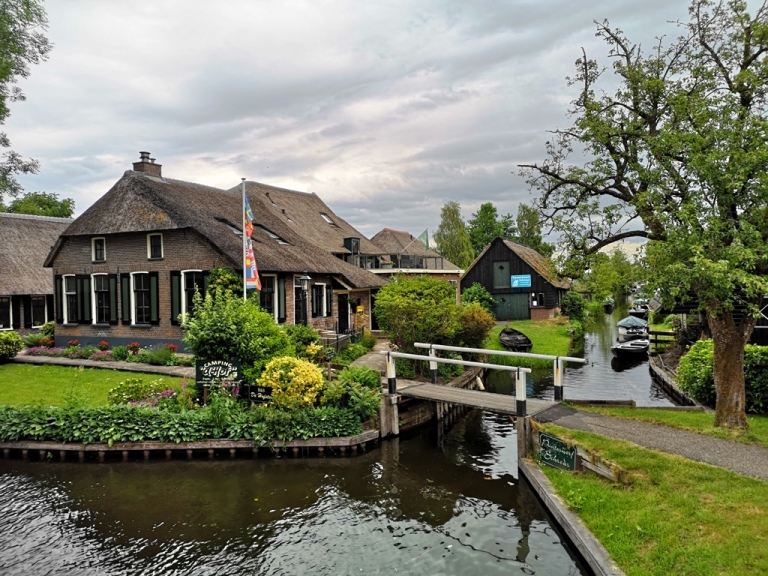 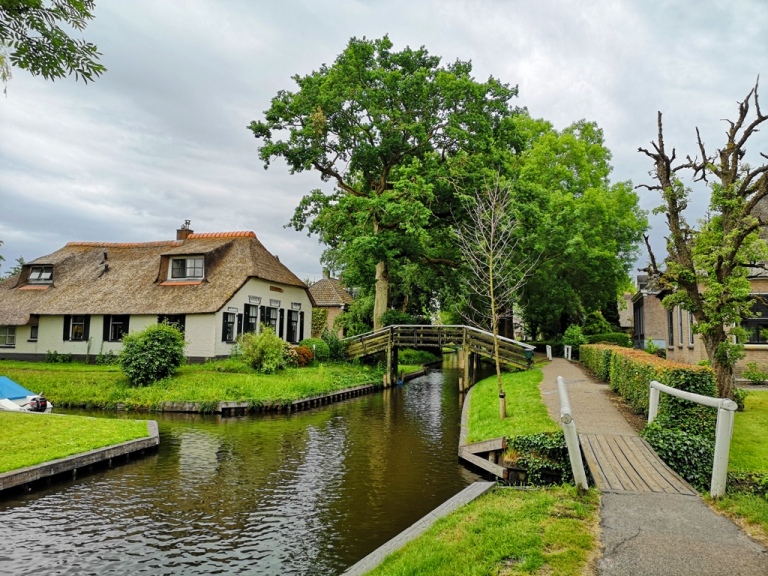 There are more than 6 kilometers of canals with thatched roof farmhouses, dating back to the 18th century. 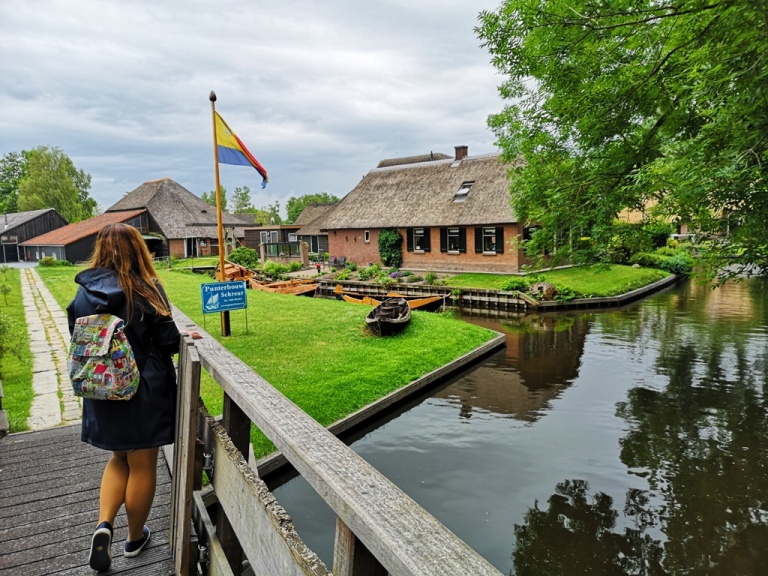 Home to less than 3000 people, the village is quiet for most part of the day. Or at least until the tourist crowds appear. 🙂

Many of the residents in Giethoorn live on private islands. Their main means of transportation through the canals are via a canoe, kayak or a whisper boat. 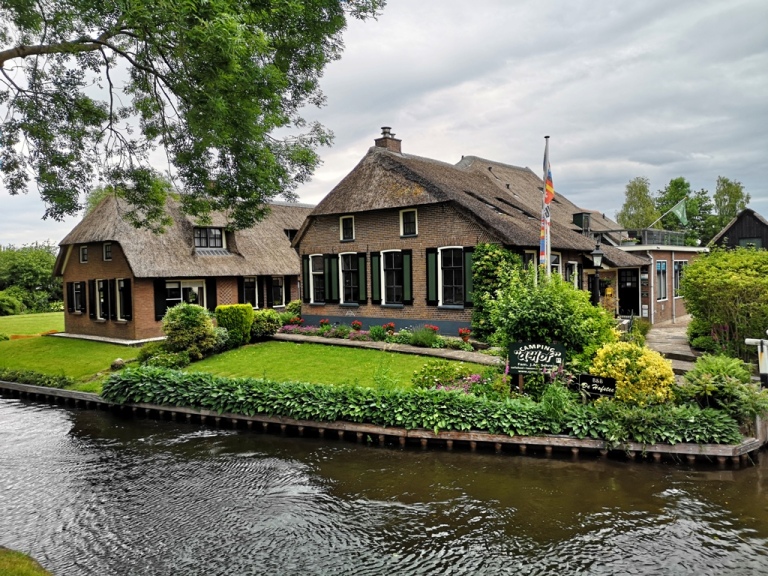 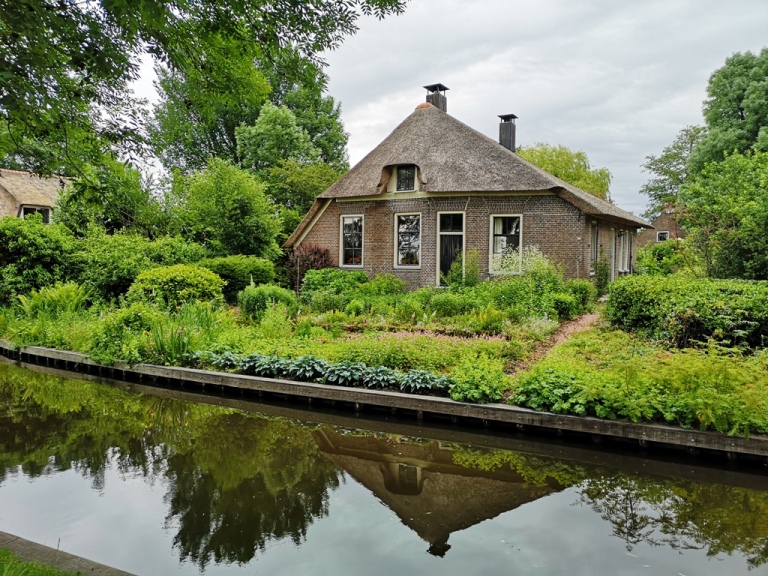 The old part of the village has no car roads! 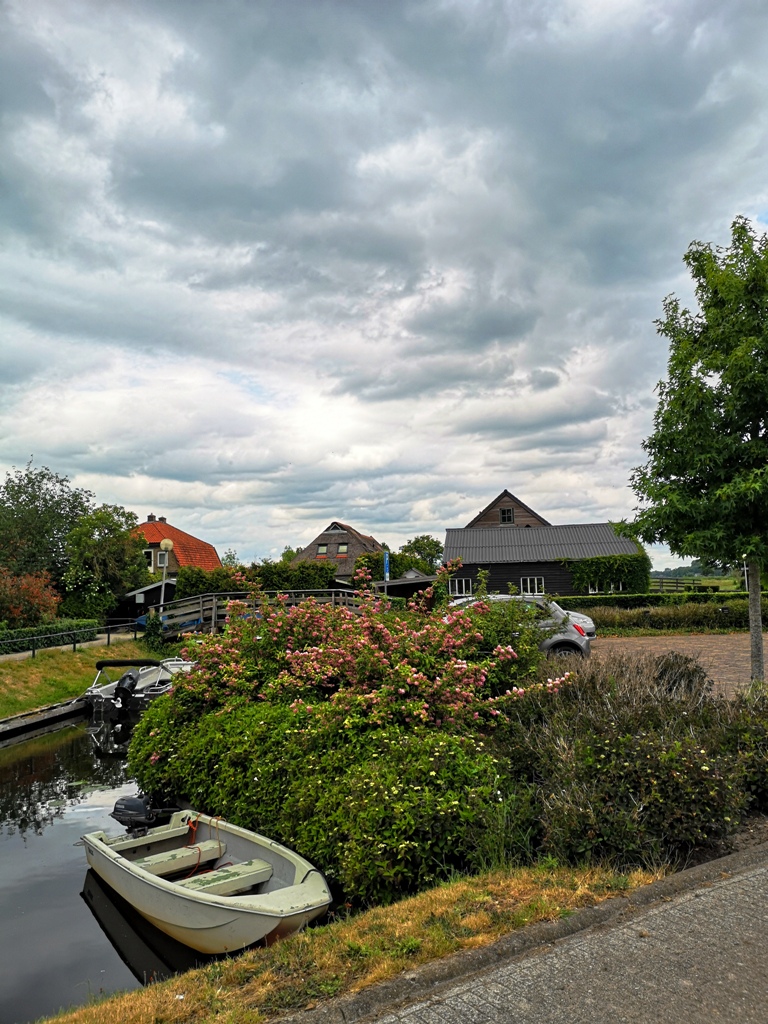 WHAT TO VISIT IN GIETHOORN 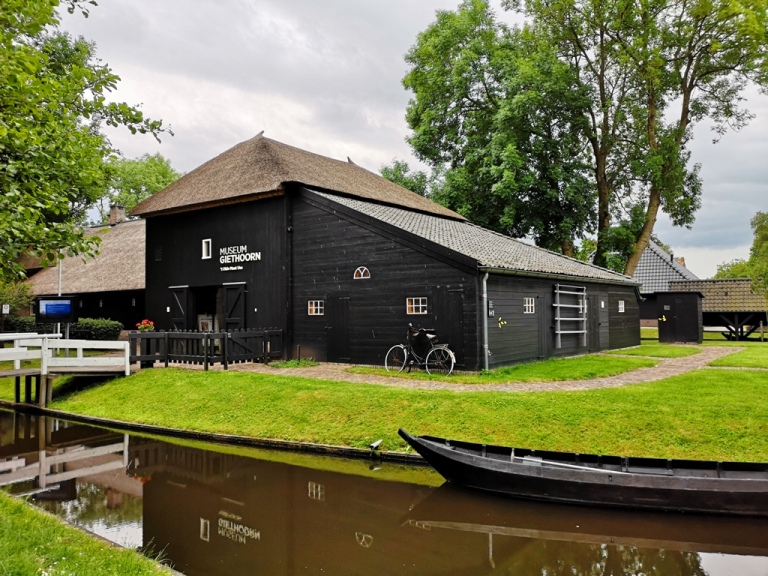 HOW TO REACH GIETHOORN

There is no train station in Giethoorn. If you are travelling from Amsterdam Central, you have to take a train to Zwolle, then change to the bus 70. Alternatively you can travel by train to Steenwijk station and then take bus 70. 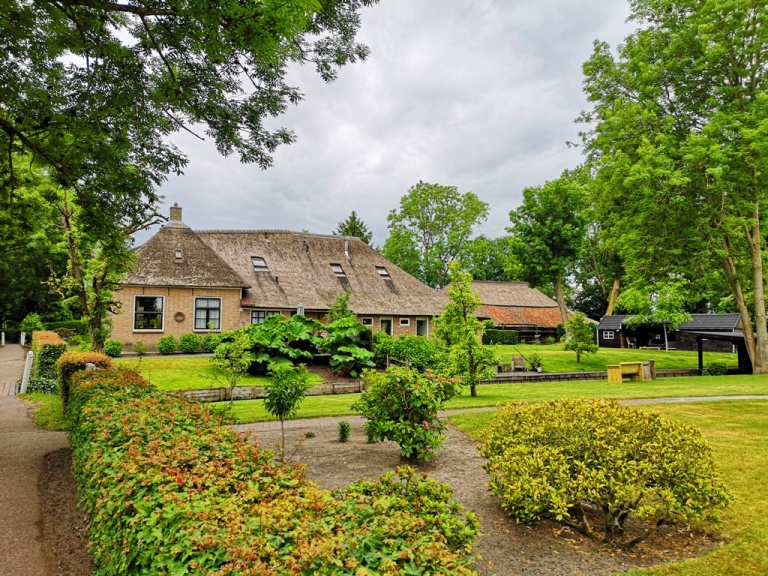 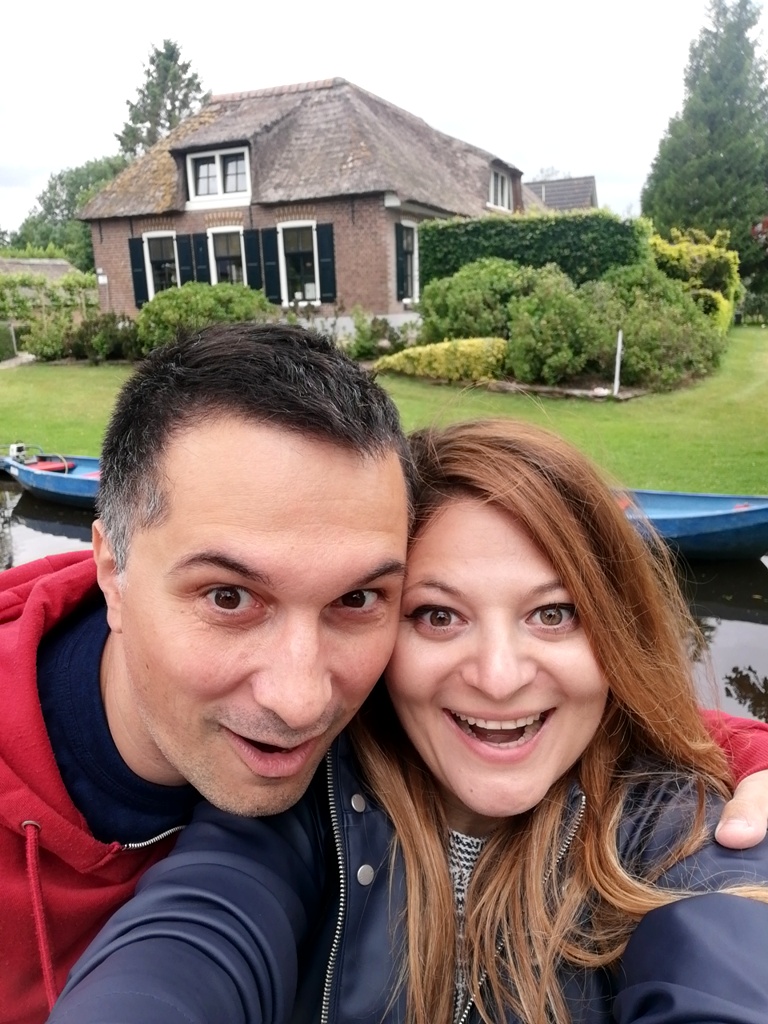 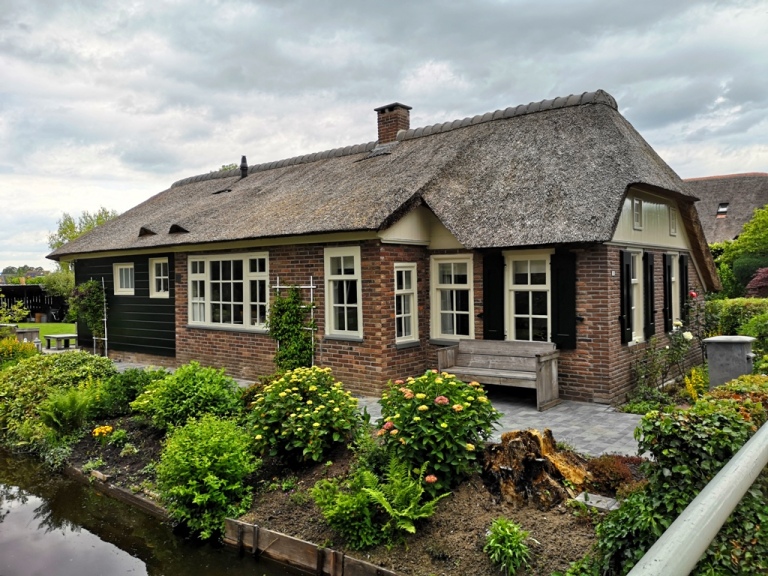 Even though we crossed the country for almost 1000 km, my heart was stolen by the colorful villages surrounded by water.

When nature was harsh, people found unbelievable and ingenious resources to make a living.

And this is just one of the remarkable things that only traveling can teach you. 🙂

3 thoughts on “What is unusual about Giethoorn village”

A winter getaway to Germany can only mean Christmas is coming 🌲
Endless possibilities
Friday note to self:
Weekend mood 🏕