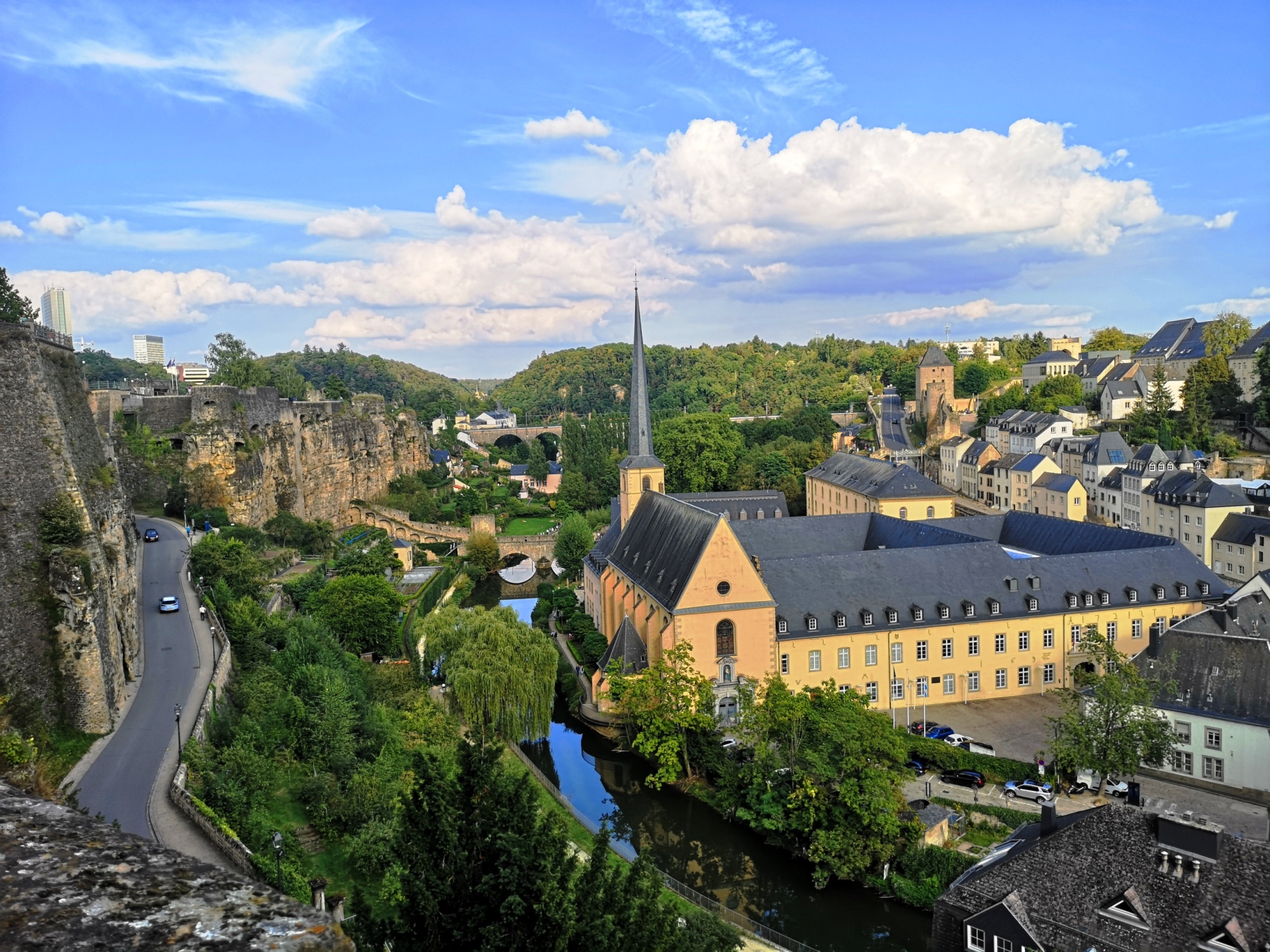 You can visit Luxembourg for its castles, defense walls, beautiful nature, gastronomic specialties and wine. Or you can just set up an offshore account through one of its banks and never set foot there. It would be a pity though.

When you have the wealthiest country in the world just a stone’s throw away, it’s hard to resist from paying it a visit for the weekend.

We found this tiny piece of land quite special, and a really fun alternative to the typical weekend at home. I’ll let you figure out if we opened that bank account afterall. 🙂

So, why is Luxembourg special, and how it became so rich? What can you see in a day?

One weekend is not enough to understand its whole story. But a visit surely connected some dots on the timeline.

Why is Luxembourg special?

In the aftermath of the Napoleon wars, Luxembourg gained independence from France and established itself as a sovereign Grand Duchy, which it has remained until this day.

Luxembourg’s journey from rags to riches started with the boom of the steel sector in the middle of the 19th century.

From there, favourable tax laws and banking secrecy caused a massive influx of capital to Luxembourg, creating a financial sector boom.

Changes in regulations were faster and easier to implement in such a tiny country with just 600k inhabitants.

Population being fluent in French, German and English led to diversification within the financial sector.

Children are raised speaking the national language, Luxembourgish. Then, during primary school, German is taught, and, finally, during secondary school, French and English. So many Luxembourgers end up speaking four languages.

Roughly half of Luxembourg’s population is made up of foreigners, making it a culturally diverse and tolerant place.

Finally, the favourable economic and political situation as well as its strategic location in the heart of western Europe have led to Luxembourg being very attractive for business. It is now a leading player in all aspects of the financial industry including banking, investment funds, insurance etc.

In a nutshell, it offers fantastic minimum wage but also tax breaks for the rich. 🙂 With its high standard of living and impeccable safety record, it’s not surprising that people from further afield are keen to make Luxembourg their home.

What to see in a day?

Waking up in the Netherlands on a Friday morning, wrapping up with work for the week, then jumping in the car, driving for 4 hours and setting foot in Luxembourg in the evening seemed pretty feasible.

Little did we know it was everybody else’s plan to travel somewhere before a sunny weekend. After some traffic delay, in the end surrounded by complete darkness on a sinuous road through the woods, we were still looking for Luxembourg just before midnight.

Needless to say there was no time to actually see the city on Friday night.

On Saturday morning we headed to the city center convinced we won’t be coming back to the hotel soon. A free bus ride to town (yes public transport is free!), and it’s all within walking distance.

The beautiful arched Adolphe Bridge is a first landmark of Luxembourg city. In fact, it spans across the 50-metre deep Pétrusse valley, which is even more impressive to explore by foot.

And what a better way to immerse yourself into the city’s history than entering the Luxembourg City History Museum. A cool glass lift will carry you through ancient walls belonging to original medieval foundations.

A few hours of intensive history are enough for a day. As we jump outside, cannot miss the fact that everybody’s heading into one direction, marked as the Grund. This charming district was the most populated area during the seventeenth century. Now is preserved from traffic and combines architectural heritage with places to go out.

And again, people continue to flock into one direction. Which is up! After a few more minutes we’re starting to understand why. Also called “the balcony of Europe”, Chemin de la Corniche viewpoint offers a beautiful panorama of the whole city.

As the evening takes over, we’re heading to the core of the Old Town, just in time to admire the Grand Ducal Palace at sunset. Residence of the Grand Ducal family, it’s open to the large public in summer months. Couldn’t take a look behind the scenes, but more of a reason to come back someday.

Some places are better to be discovered in small doses, just like good wine.

Until next time, Luxembourg.

4 thoughts on “Why is Luxembourg special?”

Next stop, Broek in Waterland ❤️
It's in the darkest times when we're forced to shine. Be the light ✨
Quietness.
Paşte Fericit! Happy Easter!🍷🍷