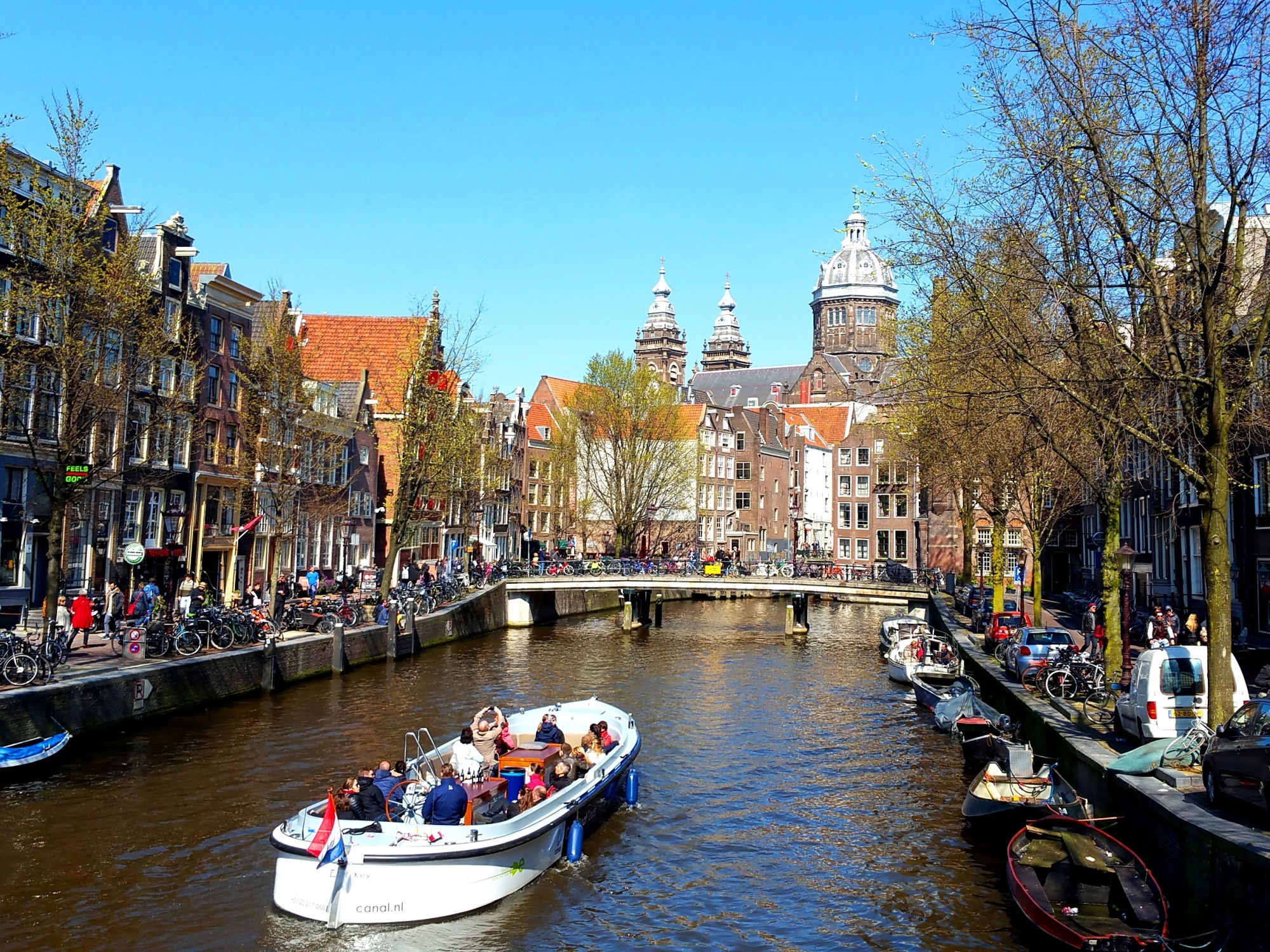 Everybody knows one or two things about Amsterdam: coffeeshops, the red light district. Maybe you heard it has kilometers of water canals and more than a thousand bridges. 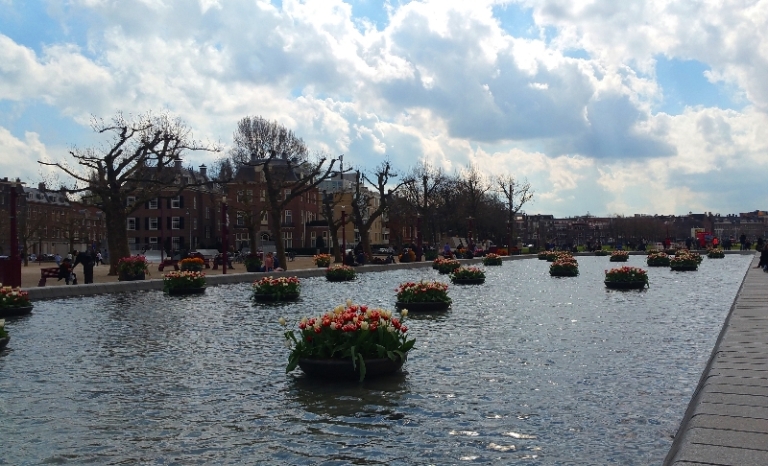 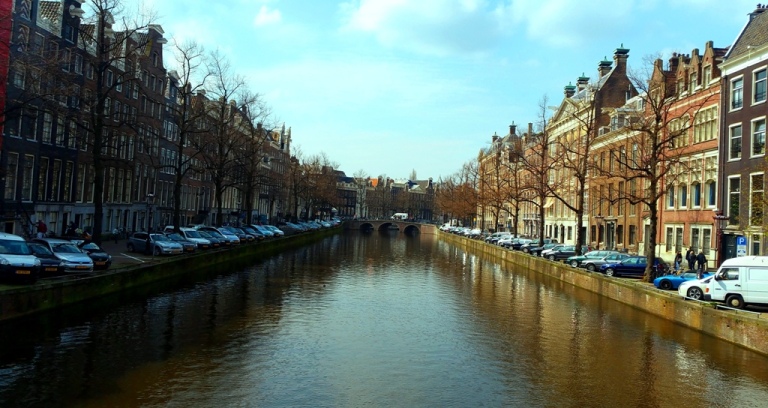 Let me share with you some peculiar things we found out, while walking around the city. It’s amazing how much you learn, when you actually talk to people.

There are more than 800 000 bicycles in Amsterdam. Basically everybody’s on two wheels! The city looks very eco-friendly and so alive, with thousands of bikes moving rapidly around you. It’s a delight to be part of this cool rhythm. 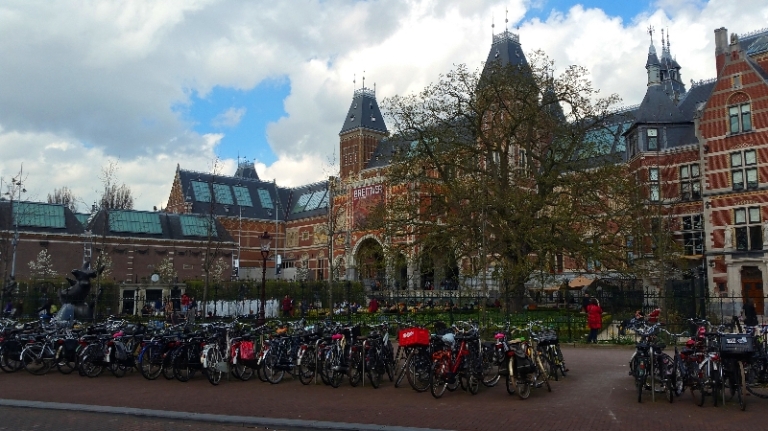 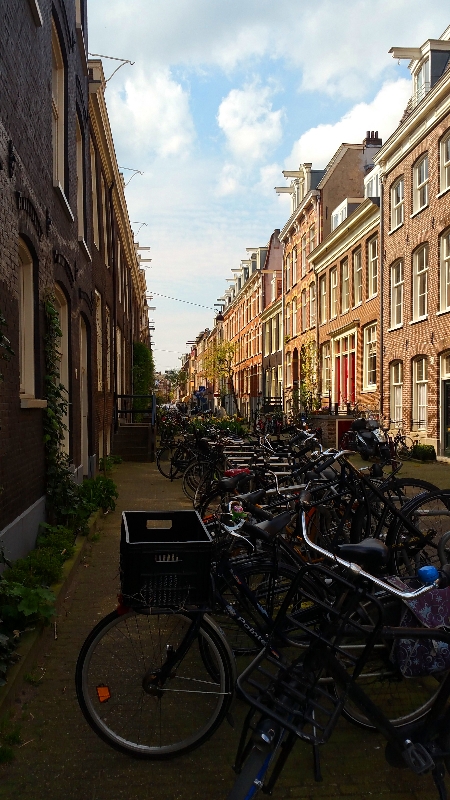 The name of Amsterdam means “the dam on the river Amstel”. Quite simple, right? There’s the same catch with the other names. You’ll easily find: the Old Church, the New Church, Southern Church, Northern Church, Western Church, Eastern Church and so on. 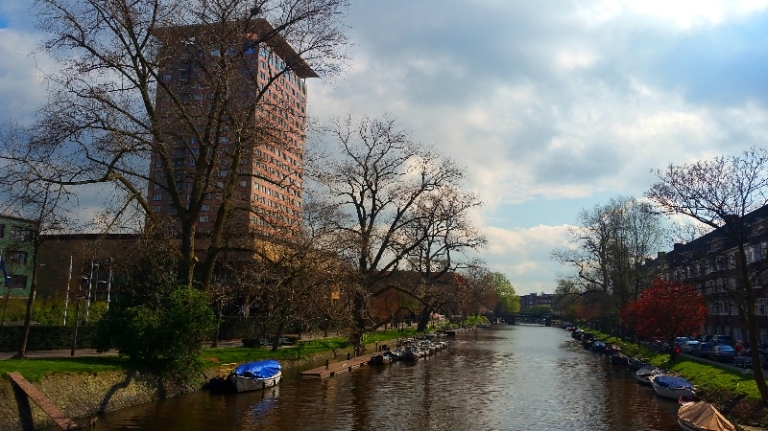 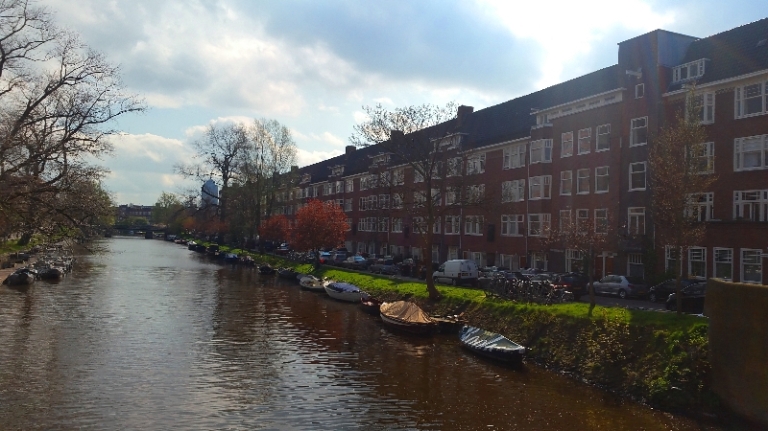 The Old Church stands right in the heart of the Red Light District. Back in the Middle Ages, when Amsterdam was a trading harbor, sailors from all over the world were driven by the women carrying red lanterns, offering entertainment. It is said that one more stop was made, before embarking on the ships again: to the church, to pay for redemption. You wouldn’t have thought about it, right? 🙂 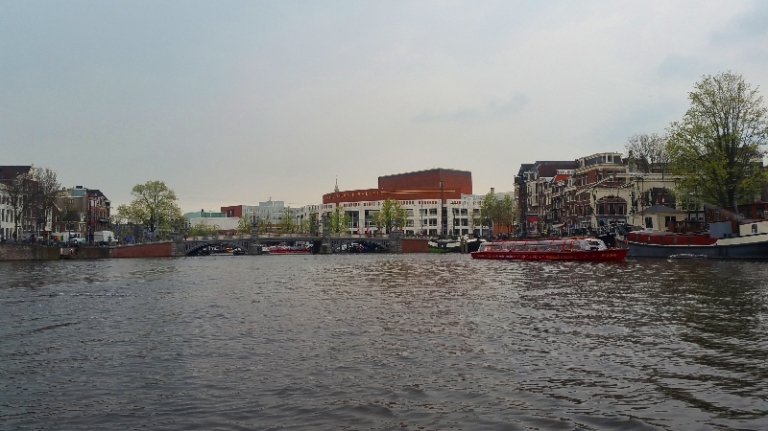 Many buildings dating from the 17th or 18th century seem to be leaning forward. But they were built like that together with a pulling system, to easily pull up their furniture and goods, and prevent them from being smashed into the window. Why bother squeezing them on the stairs, up to the last floors? Clever, I would say. 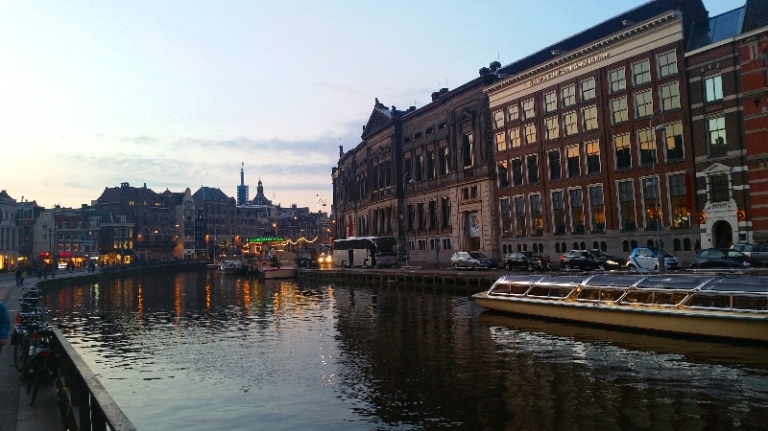 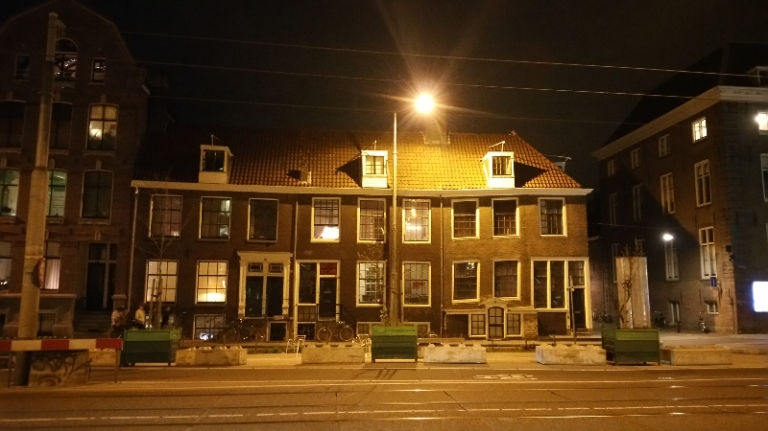 On the other hand, you will see crooked houses all over the city. They are just sinking unevenly into the swampy ground. Do not worry, as long as they are tightly packed together, everything’s fine. 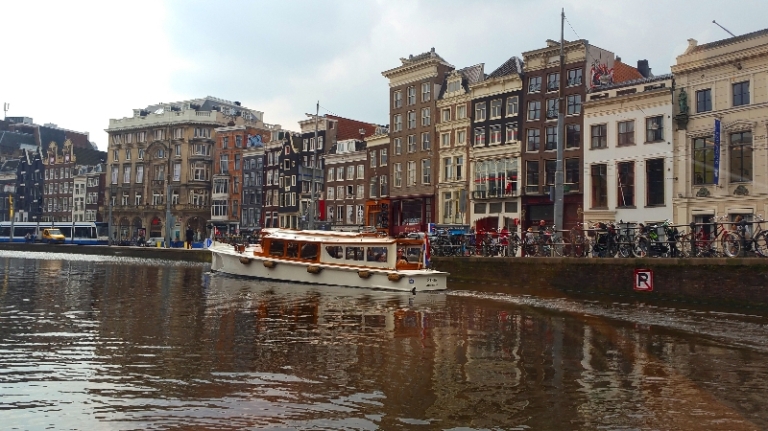 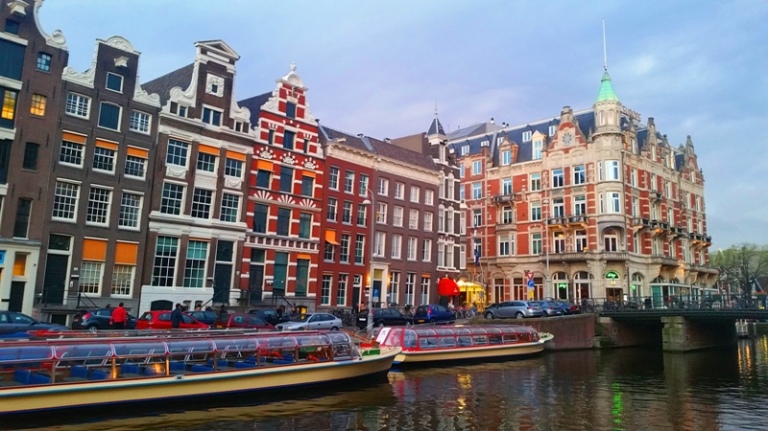 We wouldn’t have discovered what I just shared with you, without the Sandeman’s New Europe free tour of Amsterdam. You can find them in the major European cities, and hear stories you won’t read about anywhere else. Oh and have fun along the walk. Thank you, guys. 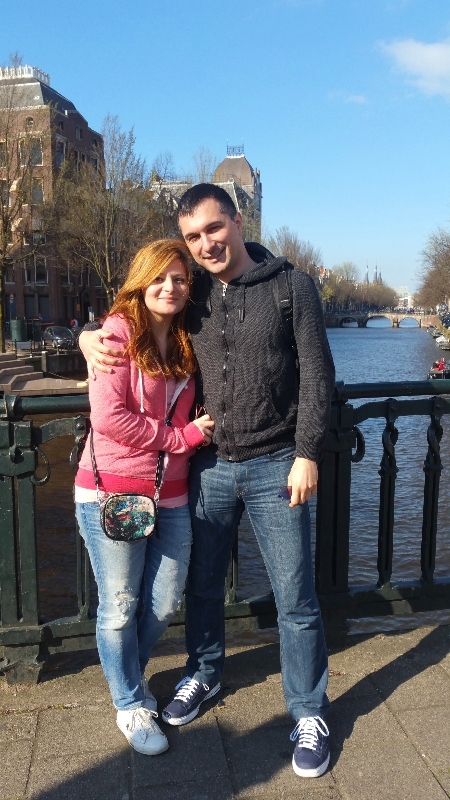 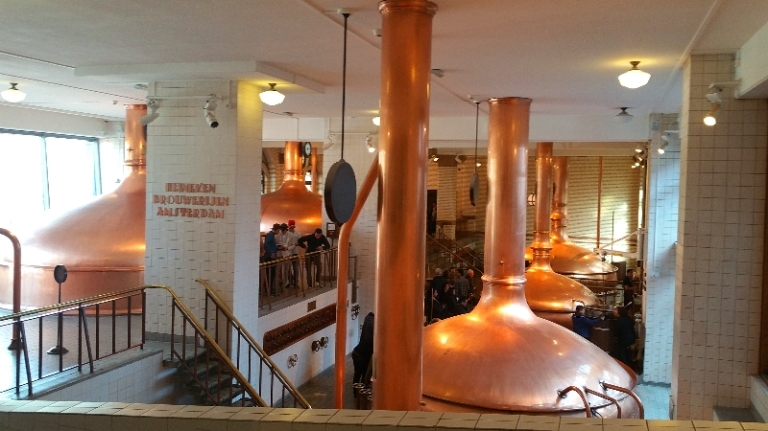 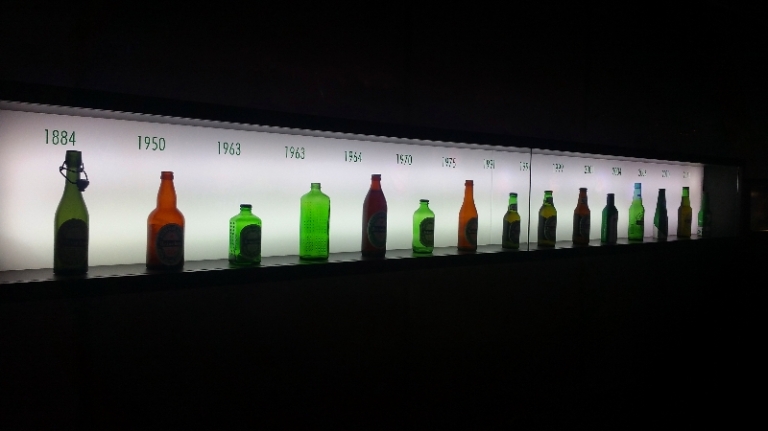 29 thoughts on “5 Peculiar things in Amsterdam”

It's in the darkest times when we're forced to shine. Be the light ✨
Quietness.
Paşte Fericit! Happy Easter!🍷🍷
Flower madness ON